a solo exhibition by Gina Osterloh 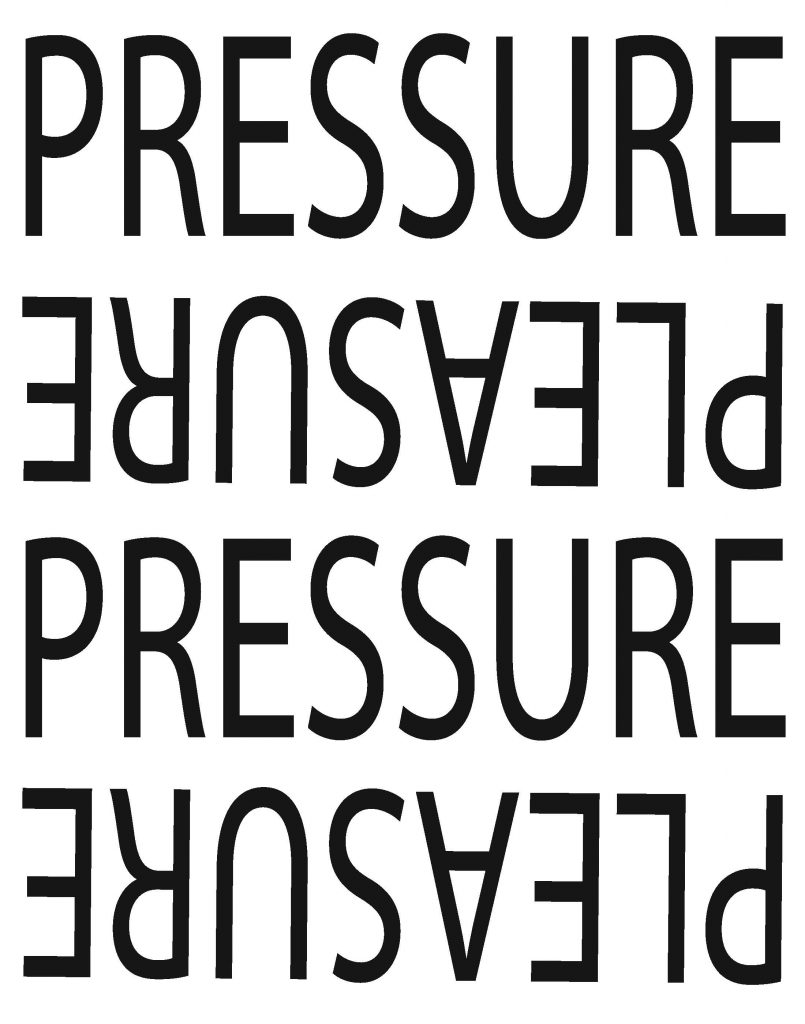 Through performative moments, hard steel plates, tape, bananas, images and words – Gina Osterloh asks an audience to consider notions of pressure and pleasure. For over a decade, Osterloh has played with viewer expectations and projections of gender and race, as well as notions of self and other, through photography. For her project at Coco Hunday, Osterloh extends visual strategies used in her photographs and brings them back into the three-dimensional world. Time and space to play, shift, and obliterate language and ideologies that attempt to define us. 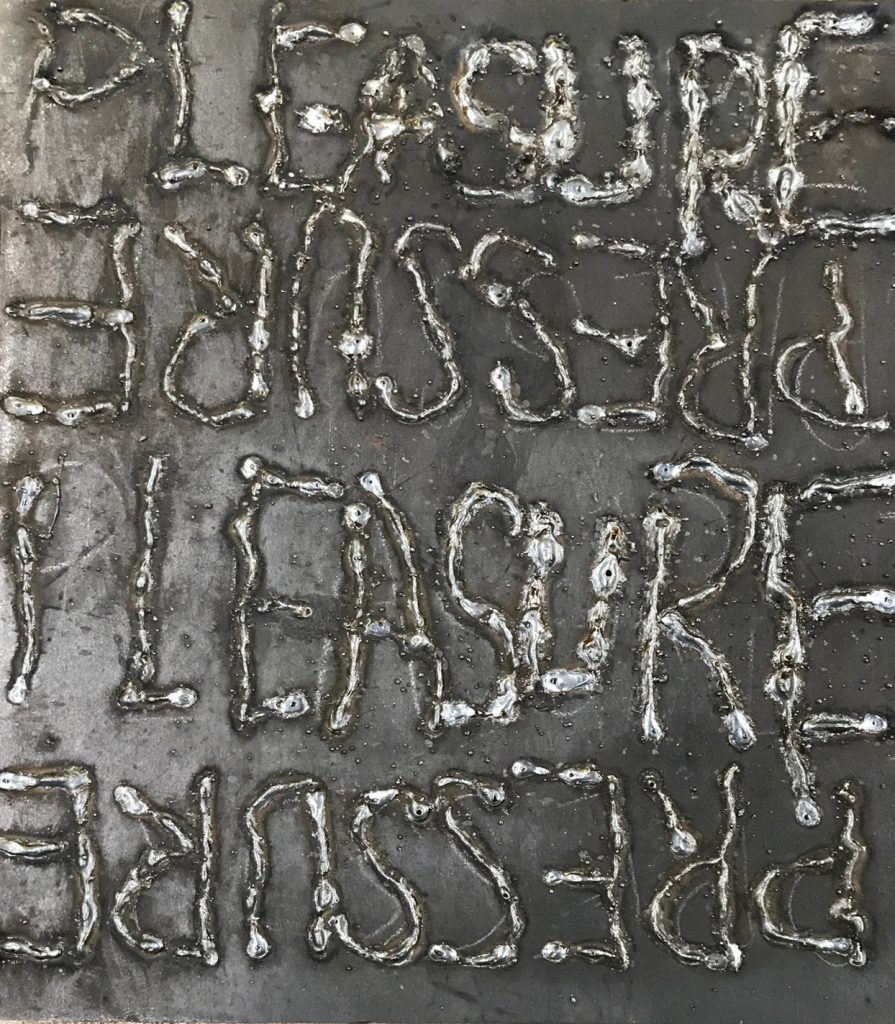 Gina Osterloh’s photography, film, video and performance-based artwork depicts mark-making and her own body traversing, tracing, and puncturing photographic space in a quest to interrogate and expand notions of identity.  Osterloh’s printed photographs depict large scale photo tableaux environments as well as drawing on photo backdrop paper, that expand our understanding of portraiture and what photography can be. Symbolic themes and formal elements such as the void, orifice, and the grid, in addition to a heightened awareness of color, repetitive pattern and actions, appear throughout Osterloh’s work.  Osterloh cites her experience of growing up mixed-race in Ohio as a set of formative experiences that led her to photography and larger questions of how a viewer perceives difference.

Solo exhibitions and performances include Shadow Woman as part of En Cuatro Patas at The Broad Museum, Los Angeles; ZONES at Silverlens, Manila; Gina Osterloh at Higher Pictures; Slice, Strike, Make an X, Prick! at Ghebaly Gallery; Nothing to See Here There Never Was at Silverlens Gallery; Group Dynamic at Los Angeles Contemporary Exhibitions (LACE), and Anonymous Front at Yerba Buena Center for the Arts. Group exhibitions include Multiply, Identify, Her at the International Center of Photography in New York City curated by Marina Chao; an idea of a boundary at the San Francisco Art Commission curated by Jackie Im, Ours is a City of Writers at the Barnsdall Los Angeles Municipal Art Gallery; Energy Charge: Connecting to Ana Mendieta at ASU Museum, Demolition Women curated by Commonwealth & Council at Chapman University and Fragments of the Unknowable Whole Urban Arts Space OSU.  Reviews of her work have been featured in The New Yorker Magazine, Art in America, The Brooklyn Rail, Contemporary Art Daily, Hyphen Magazine, Art Asia Pacific, Asian Art News, Art Papers, Artforum Critics Pick, Art Practical, and KCET Artbound Los Angeles.  Awards include a Fulbright in the Philippines, a Woodstock Center of Photography residency, and a Create Cultivate Grant with the LA County Arts Commission and LACE.  Osterloh’s work is represented by Higher Pictures (New York) and Silverlens (Manila). Gina Osterloh is an Assistant Professor in the Department of Art at The Ohio State University.